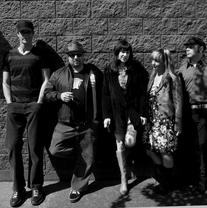 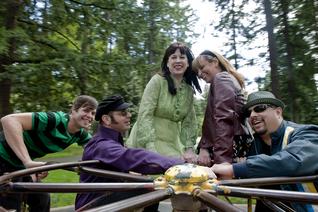 “Really solid and consistently enjoyable straight ahead rock `n roll. Front-woman Bonnie Veronica has a vocal command that sweetens and straight-jackets the melodies in the songs and sweet, but assertive rock `n pop melodies hold it all together with aplomb. Very highly recommended!”
-- Notlame.com

Beyond Veronica banded in the spring of 2002 and have found their niche with a retro, power pop sound and sexy style to boot. Just when pioneering female rock 'n roll rebels such as The Runaways, Blondie and The Avengers seemed to be a thing of the past, front woman Bonnie Veronica took the reins and led her band into a resurgence of what was all but lost in the mainstream. This accomplished five-piece ensemble is decidedly distinctive in every aural arena.
Beyond Veronica’s second full-length album, Hard Times for Dreamers, has been realized and materialized… an edgy, power pop explosion, evolved from the sparking fire of their self-titled debut.  Coinciding is the video premier of their first single, The River’s Edge which provides a curious and kaleidoscopic visual conceptualization. The Debut CD is also available at fine record stores nationwide and online at Notlame.com, CD Baby.com, and many other sites!

​ Performing throughout the west coast in various venues and festivals, Beyond Veronica has also been featured on multiple CD compilations, including Take Refuge in Pleasure:  The Songs of Roxy Music Revisited, with their cover of A Really Good Time, available online at Burning Sky Records. 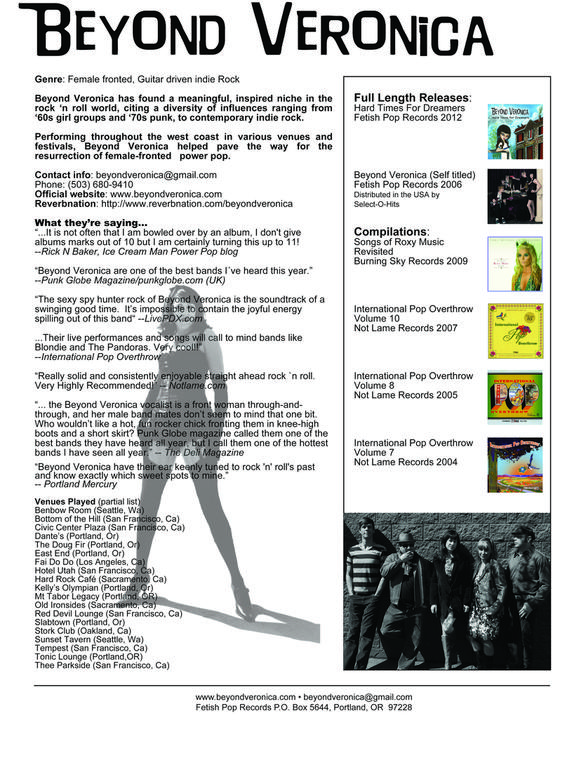 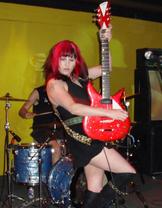 ​​Putting the POW in power pop!

““Beyond Veronica have their ear keenly tuned to rock 'n' roll's past and know exactly which sweet spots to mine.””
—  Portland Mercury